Because of its oversized middle legs that look like biceps, what celebrity is this beetle named after? 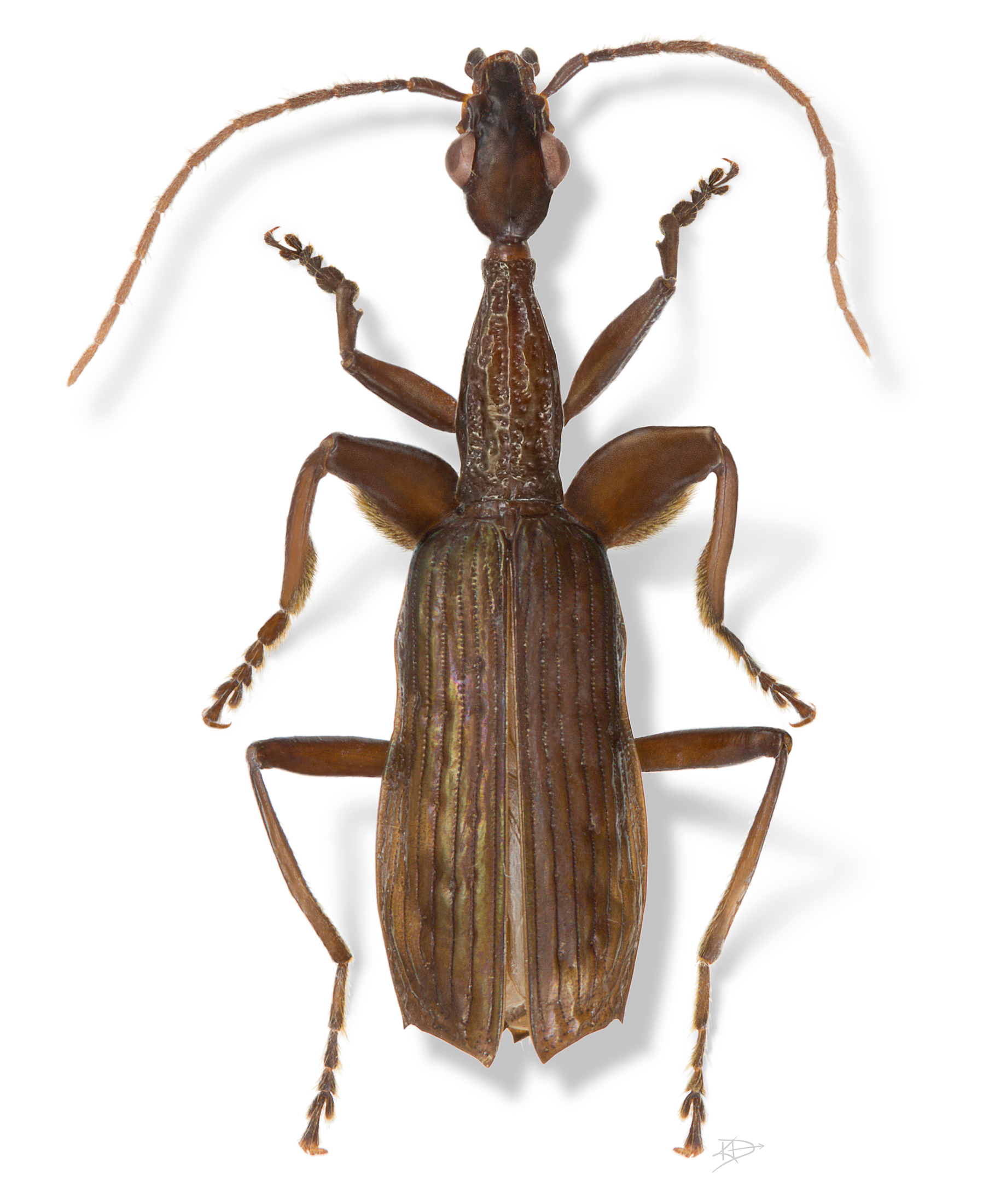 photo-illustration of a beetle named and described by Terry Erwin