iqtriviaPosted on July 22, 2018 Posted in Uncategorized

You’ve probably heard that American intelligence agencies have been accusing Putin’s Russia of meddling in the 2016 Presidential election.

But after talking with Putin, President Trump decided his intelligence agencies were wrong and that Putin didn’t do it.

And so dozens of memes were launched. 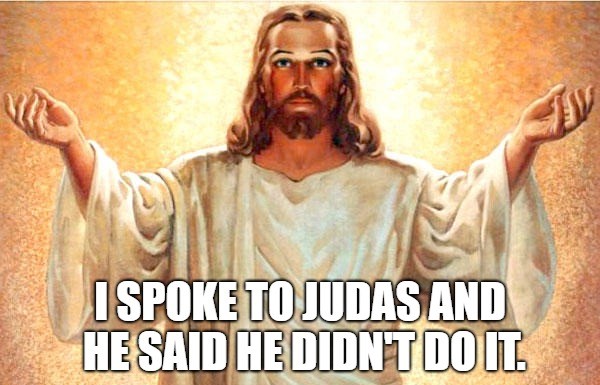 For your team name this week, tell us about someone else who “didn’t do it.”

George W Bush: I spoke to Osama, he says he didn’t do it.

Luke Skywalker: I spoke to the Emperor, he says he didn’t do it.

Tell us who was doing the talking, and who they think “didn’t do it” for a bonus point this week.