iqtriviaPosted on December 4, 2016 Posted in Uncategorized

Fidel Castro died recently, and there were a variety of reactions.

One world leader who copped quite a bit of flak over his statement on the occasion was Canadian Prime Minister Justin Trudeau.

“Fidel Castro was a larger than life leader who served his people for almost half a century. A legendary revolutionary and orator, Mr. Castro made significant improvements to the education and healthcare of his island nation.”

Having glossed over Castro’s history of imprisoning or murdering people who didn’t see things his way, the #trudeaueulogies hashtag was born.

For your team name this week, we want you to come up with your own Trudeauesque eulogy. 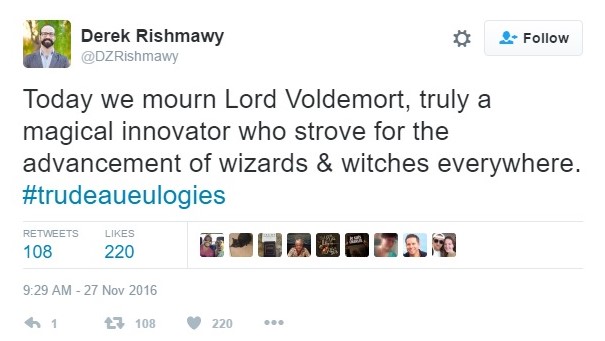 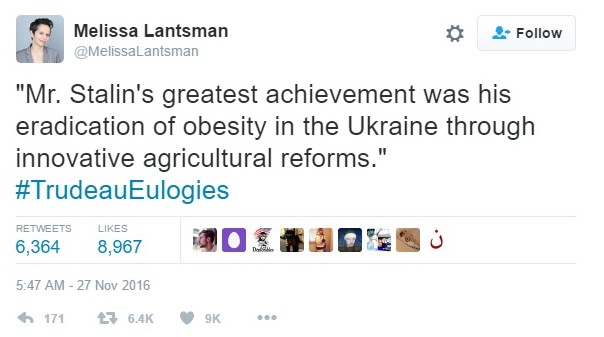 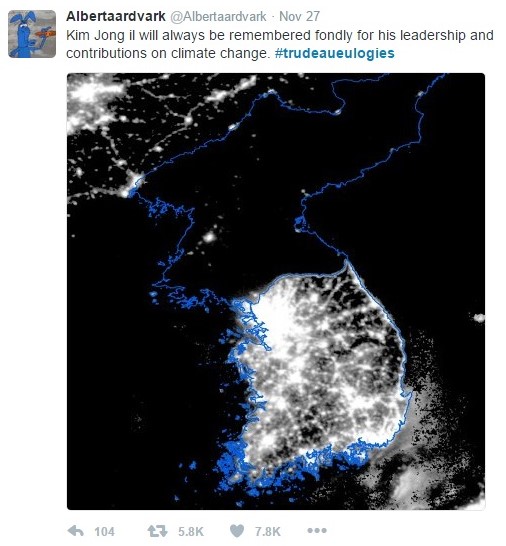 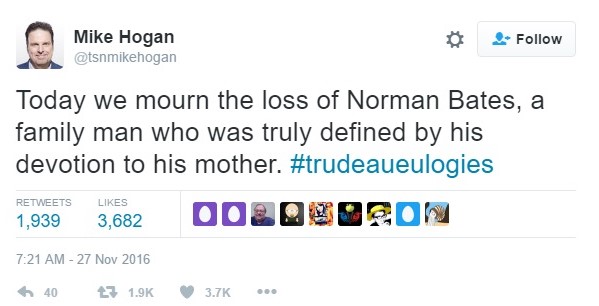 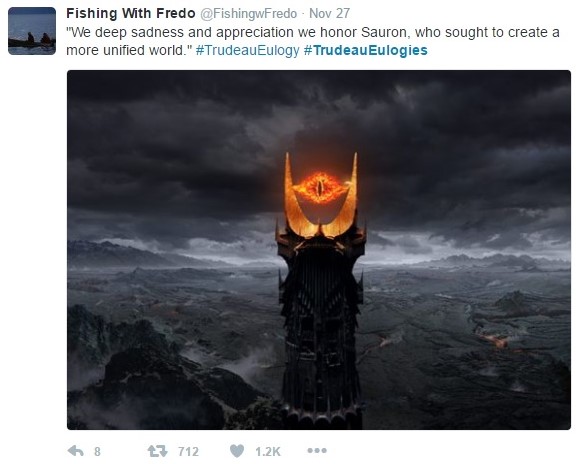 Anything that glosses over the faults of someone who has passed will get a bonus point.