iqtriviaPosted on August 19, 2017 Posted in Uncategorized 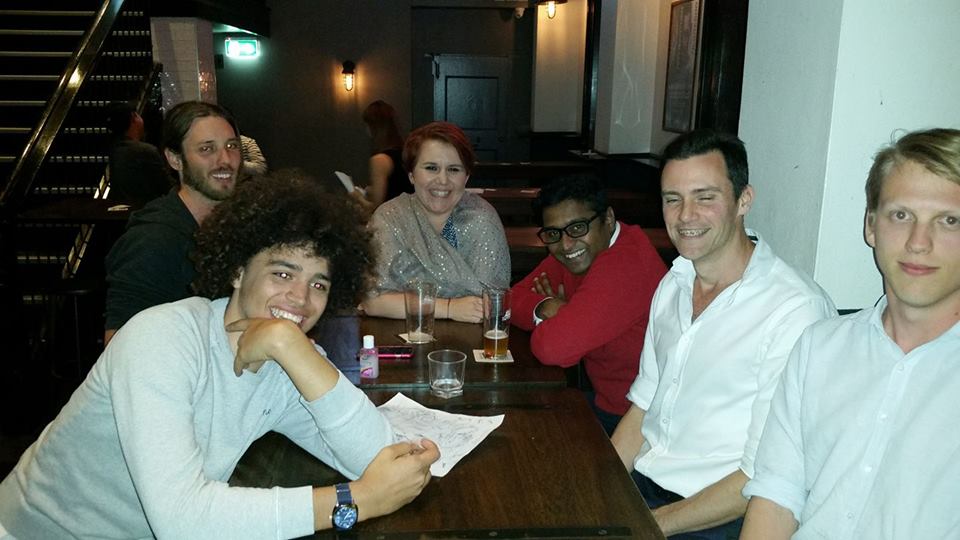 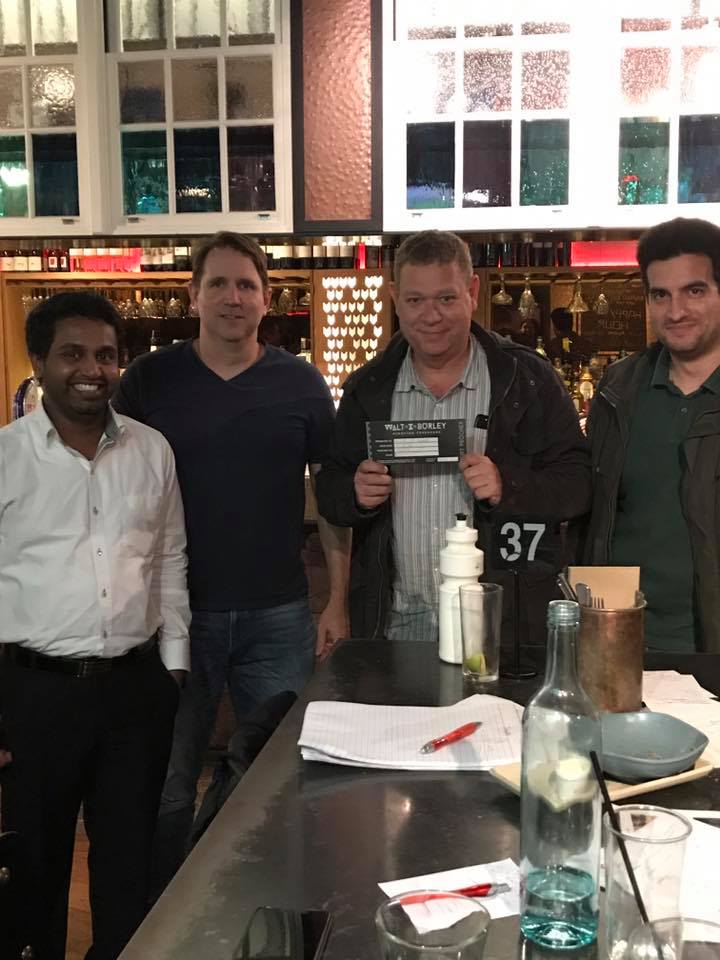 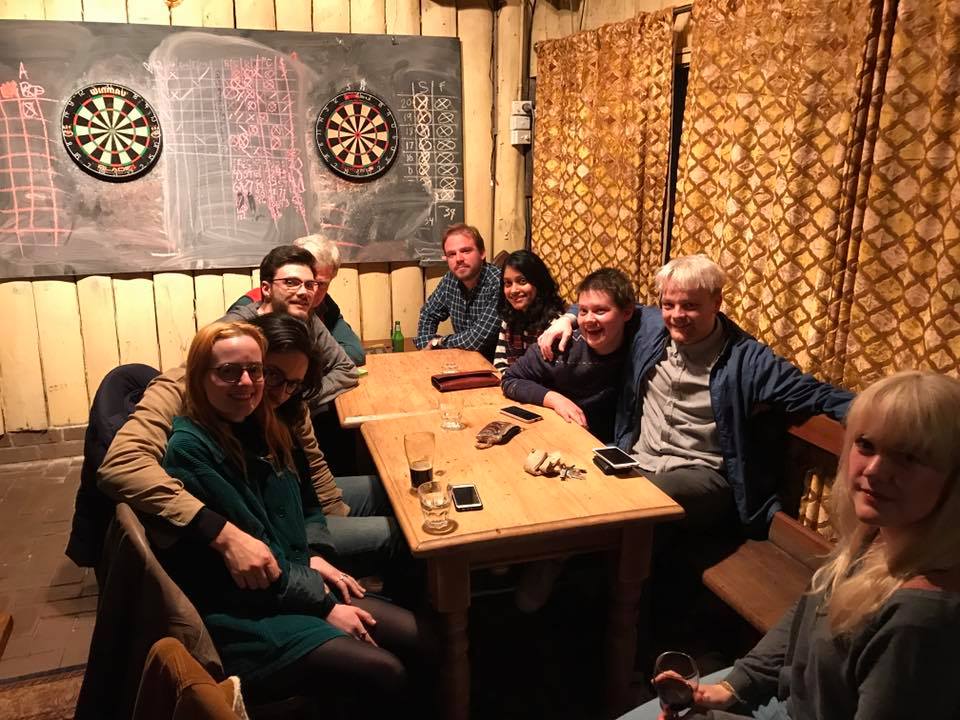 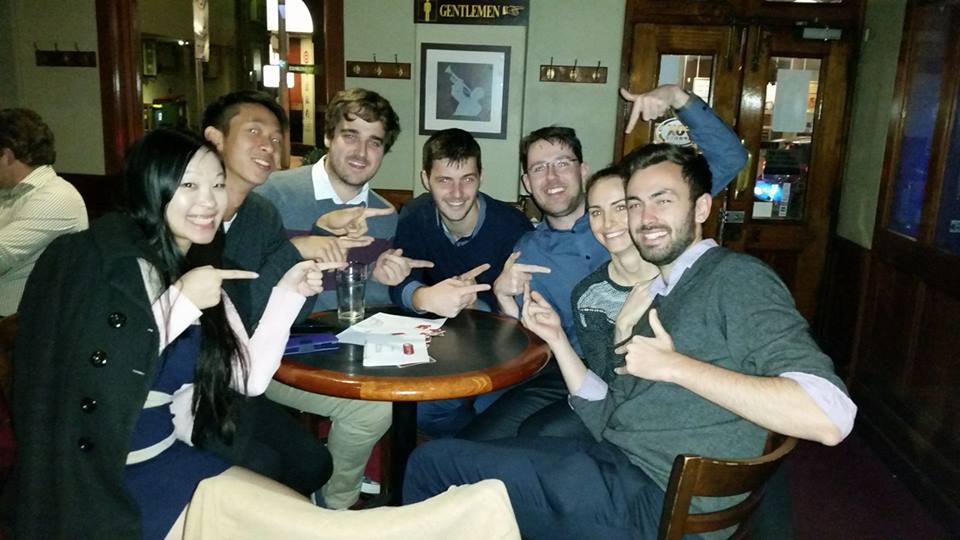 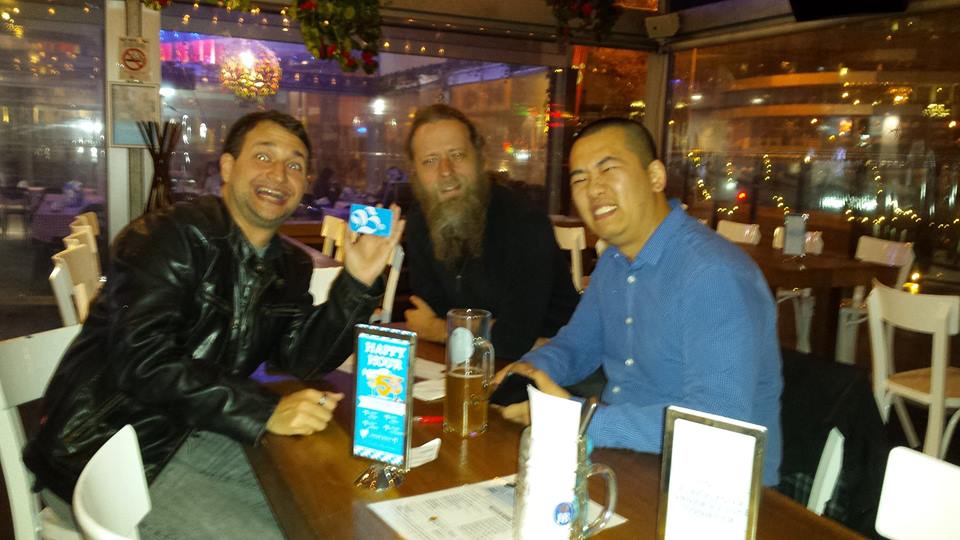 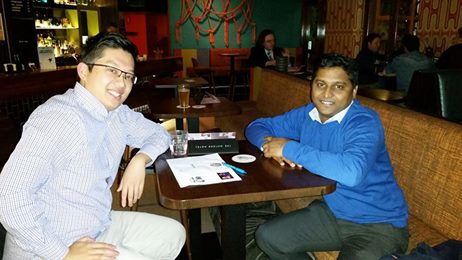 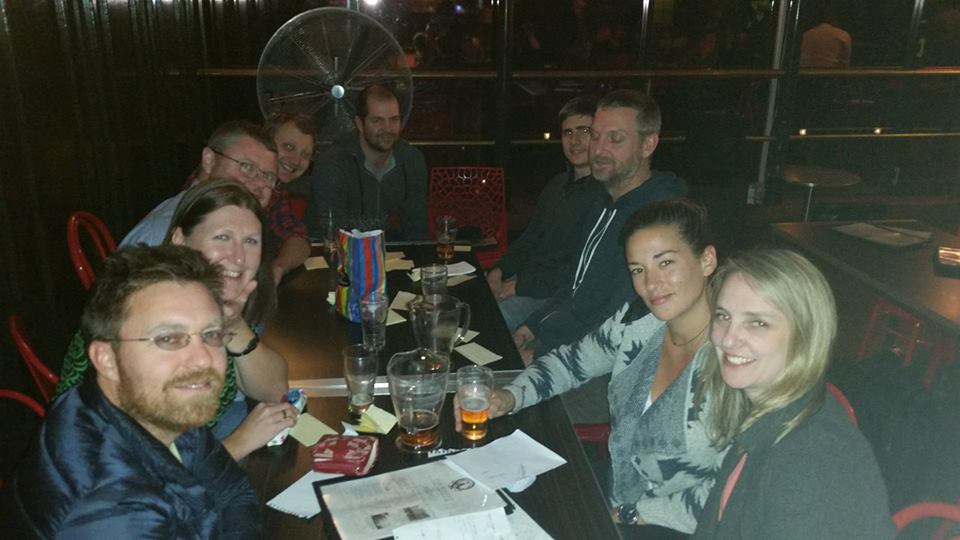 Two guys visiting from Switzerland knew about regions of Italy bordering France, but gave us the German spelling rather than the English spelling. (Not to worry. They got a prize for coming in second last anyway.

And a jackpot went off for this team on the first week.  (If you keep getting things right, the jackpot will never build up to a dramatic cash bonanza!) 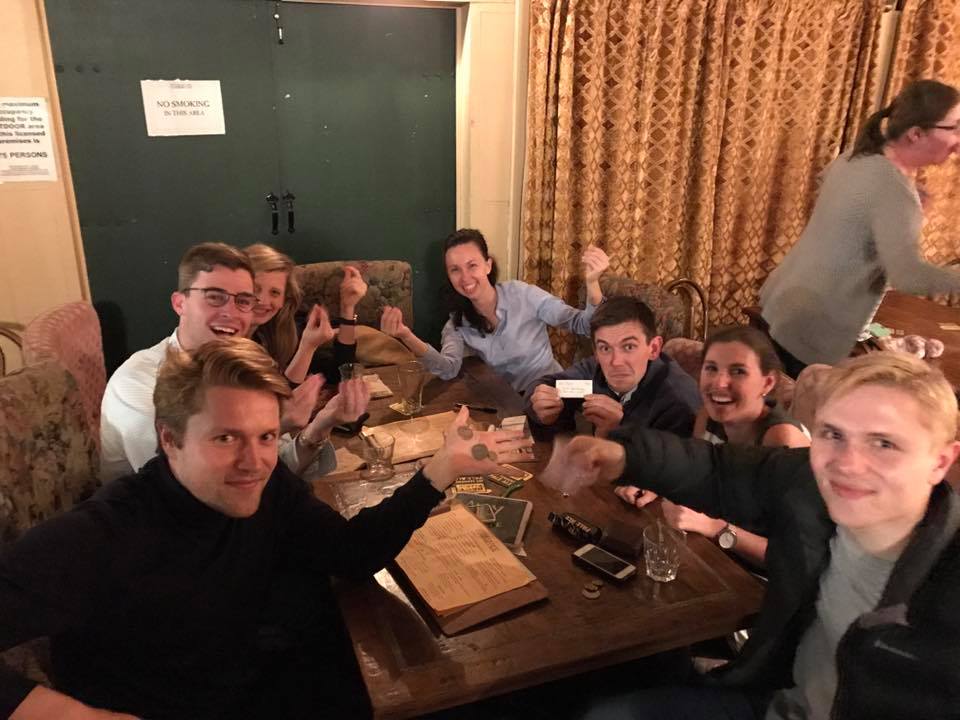 Here are your combined film titles.

The Spy Who Loved Me, Myself, and Irene

The Curious Case of Ron Burgundy

The Dark Knight at the Museum

You’ve Got Letters from Iwo Jima

A Fistful of Jedi

The Wolf of Wolf Creek

Dr Strangelove or How I Learned To Stop Worrying And Love Is The Devil: Study For a Portrait of Francis Bacon

Withnail and I, Robot 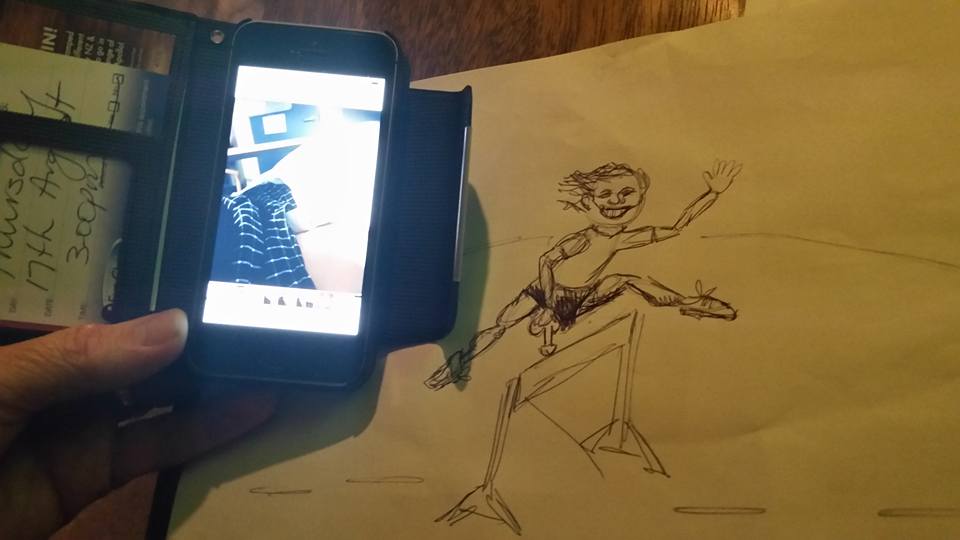 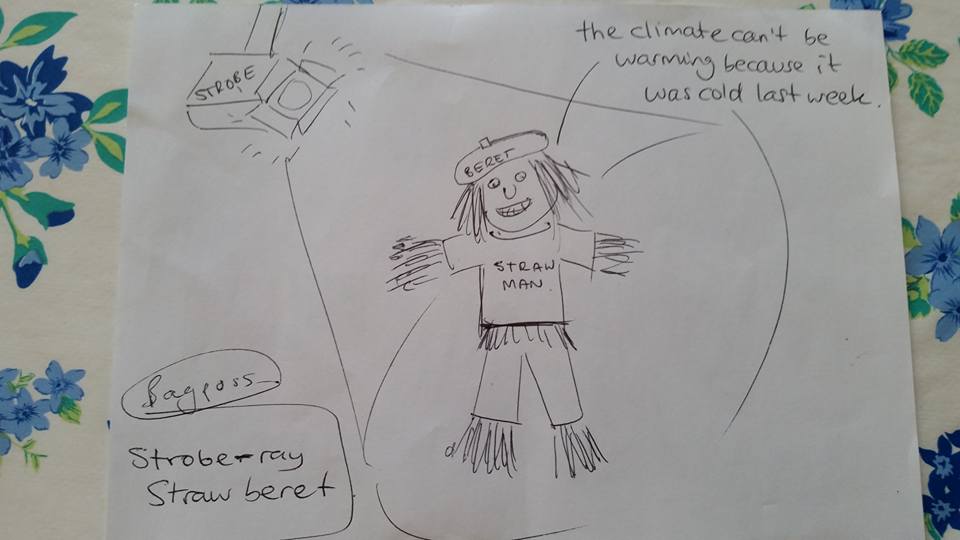 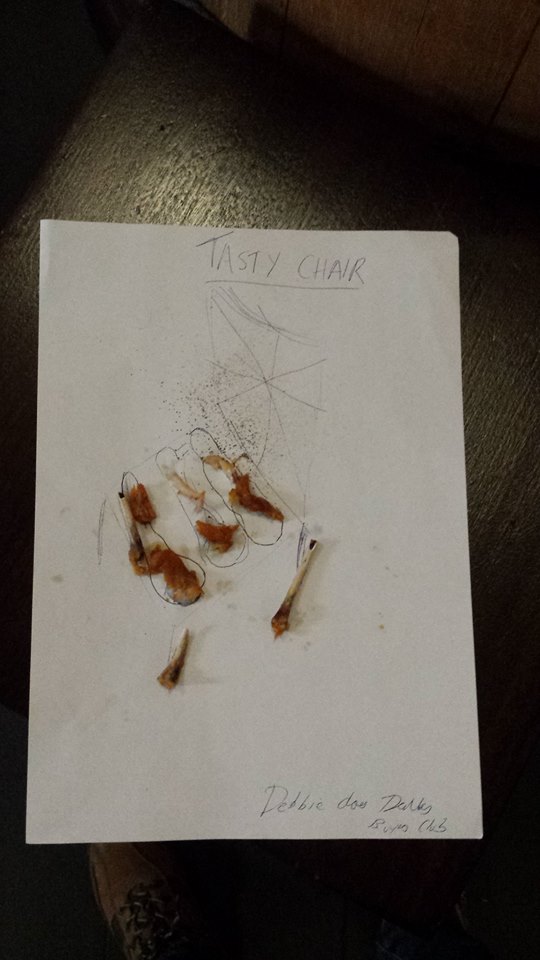 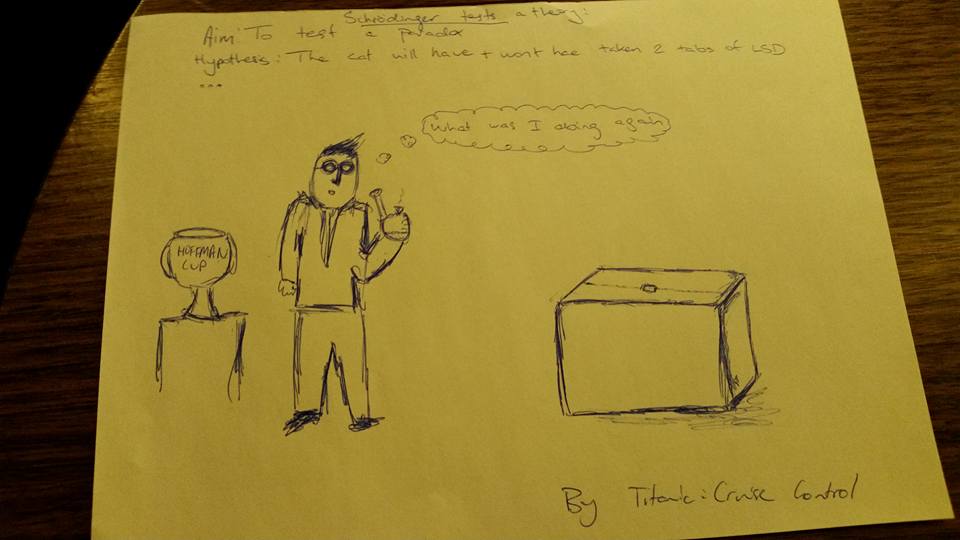 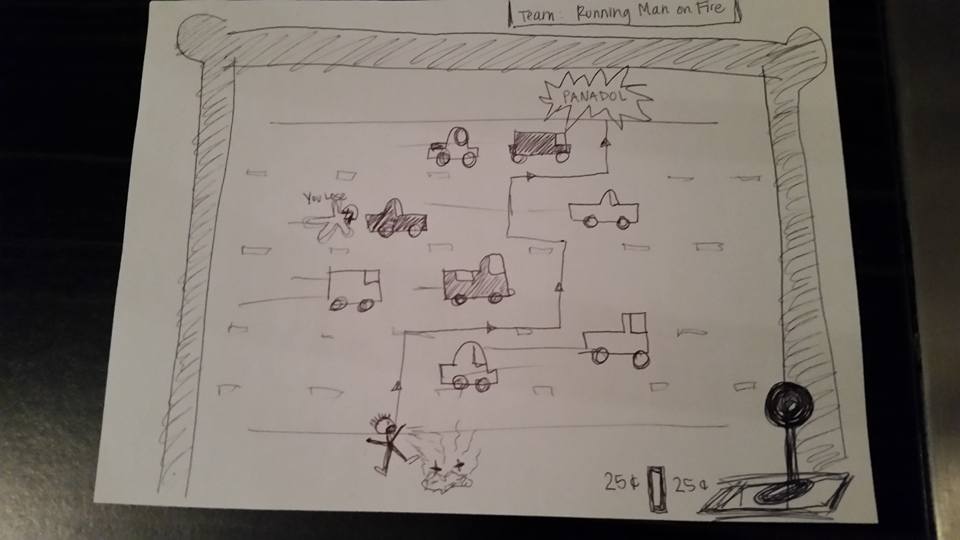 The team who thought Mark Antony’s famous speech in Julius Caesar began with the words “French Romans, countrymen, lend me your ears.”

One team thought that one serving of Tim Tams was 1.5 Tim Tams. (Who the hell eats HALF of a Tim Tam.)

The guys who thought Ewen McGregor lost 35kg for his role in Trainspotting.

One of our hosts read out one of the answers in the process of reading out the question.  (Sometimes we’re not as smart as we sound.)

The player who said the following quote, presented here without context. “I’m really good at picking out teenagers.”

One player absolutely insisted that Will Ferrell wasn’t in Wedding Crashers. He was. It was an uncredited role, but he was in it.

One team who tore up the paper they wrote their answers to the homework question on, and had to reassemble it at the last minute. 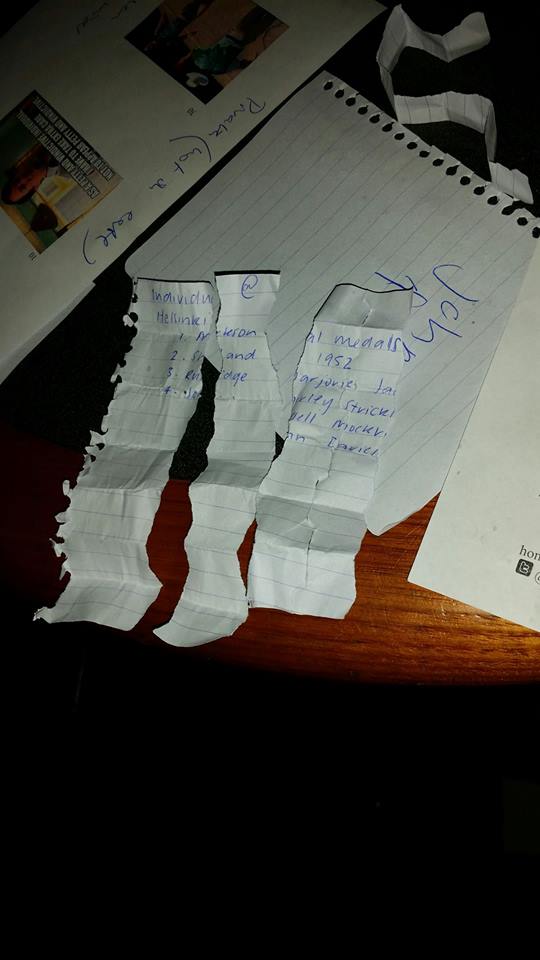