iqtriviaPosted on January 20, 2018 Posted in Uncategorized

We had what we hope will be an annual tradition of Champions League Trivia, pitting the strongest teams from all the iQ Trivia shows across Sydney against each other.

And it was Team Bagpuss (who somehow manage to awkwardly shoehorn the name “Bagpuss” into their team name every week regardless of the theme) who came out ahead, which means they get a year’s worth of bragging rights. (And you just know they’re going to take advantage of that!) 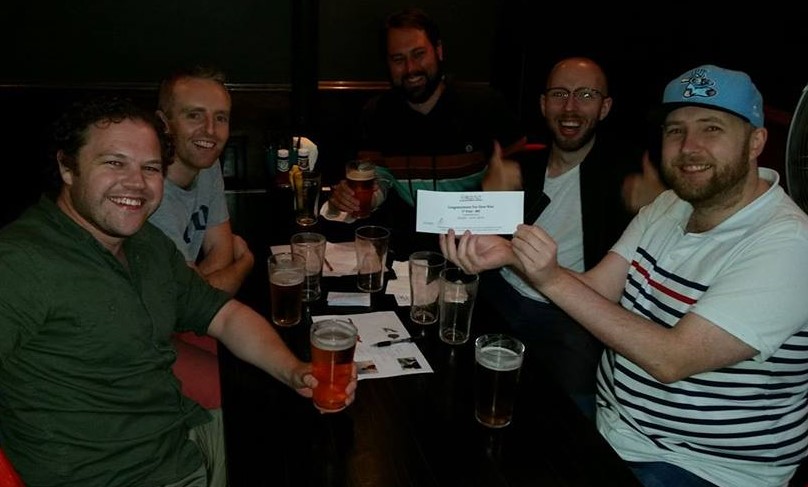 They also built themselves a trophy, the Bagpuss Finger. 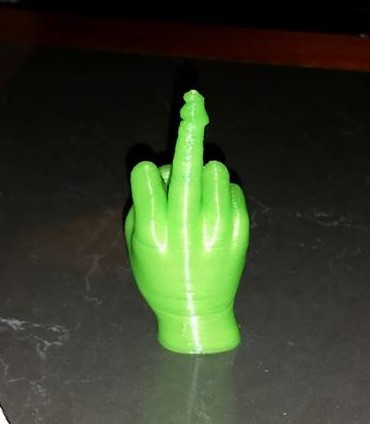 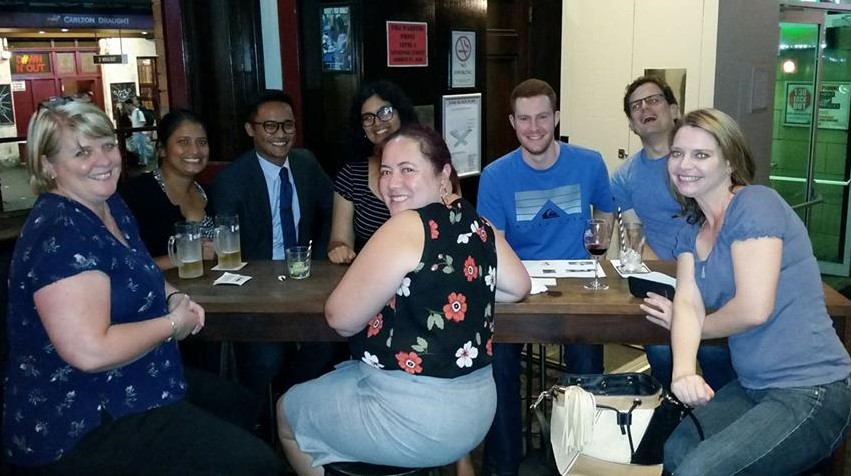 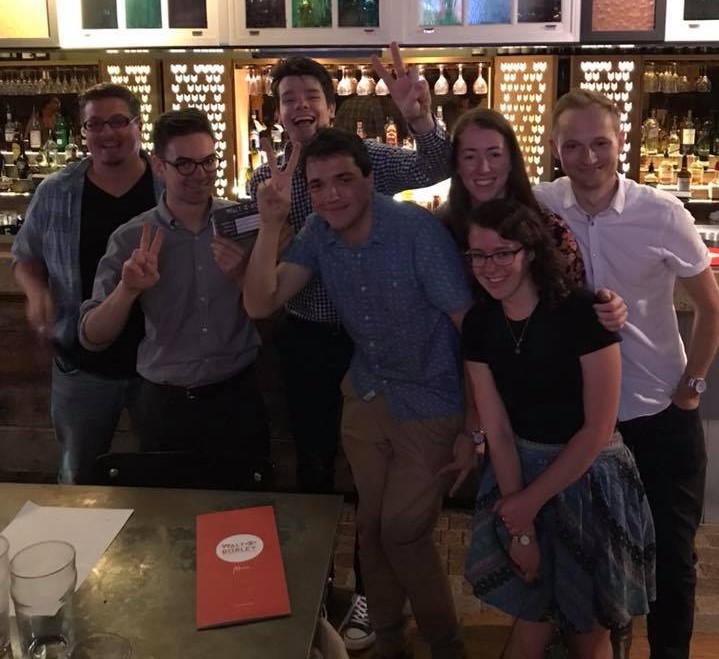 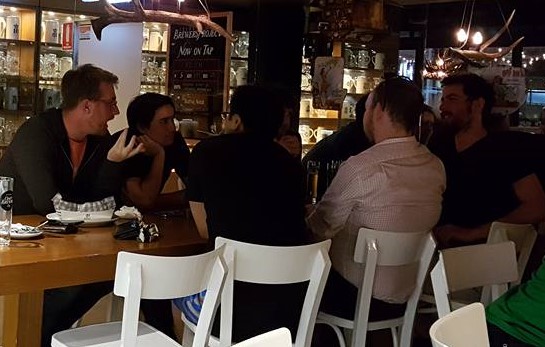 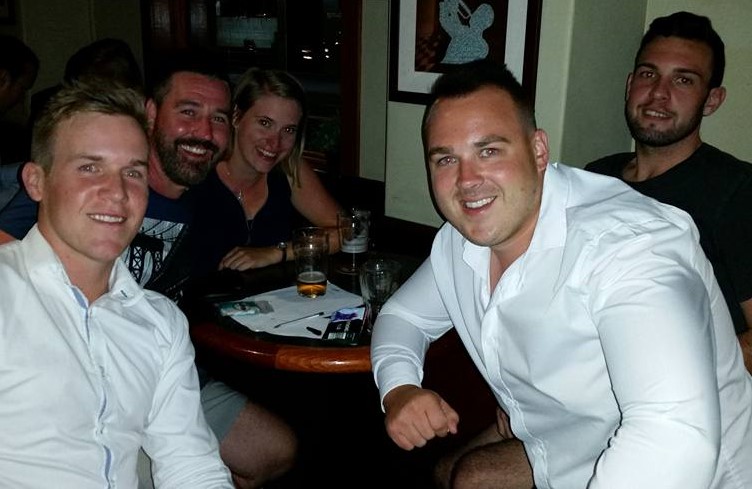 These three came is second last, but knew enough about Latin languages to be the only one to get the jackpot question. 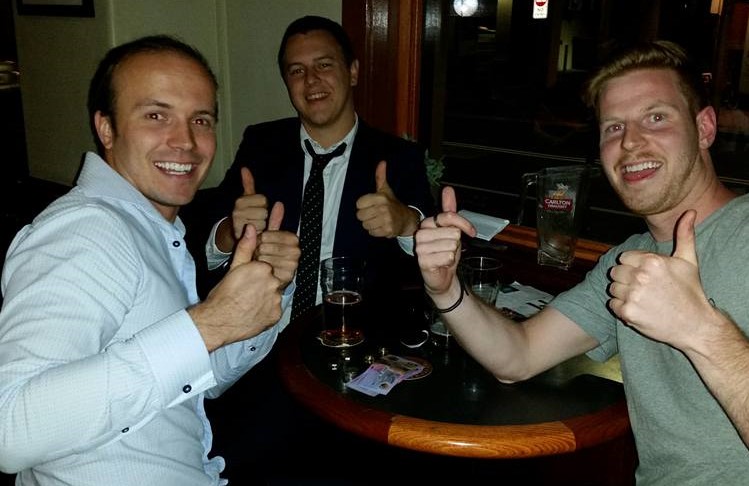 These folks had a great night, winning first place in the quiz, and taking home the jackpot for knowing a lot about Vice Presidents. 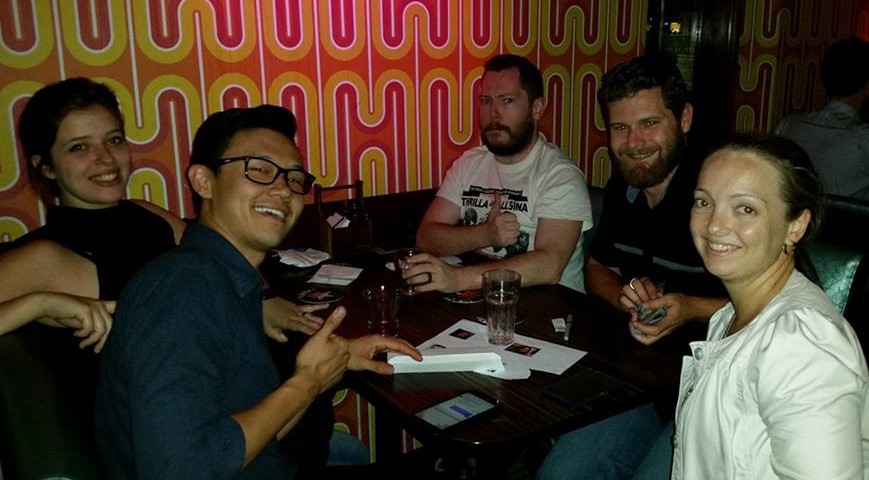 Here were the many ways in which you were technically correct… the BEST kind of correct.

Everyone who plays trivia will die

Tonight’s winner will be the fourth worst team

There is only one white guy on our trivia team

If you don’t count athletes, I’m the strongest man alive

Technically, the three of us have won as many world wars as Germany

Team Bagpuss are the F*cking Best

A Tomato is a Fruit

Instan Coffee is not Instant. You still need to wait for the kettle to boil.

There are at least two people in Canada

Bill is a top bloke

Technically, Bill is Judging us All

Most People Voted for Hillary

Peter Dutton IS a Human Being

This is a team name

Most humans have seen the inside of their mum’s vagina 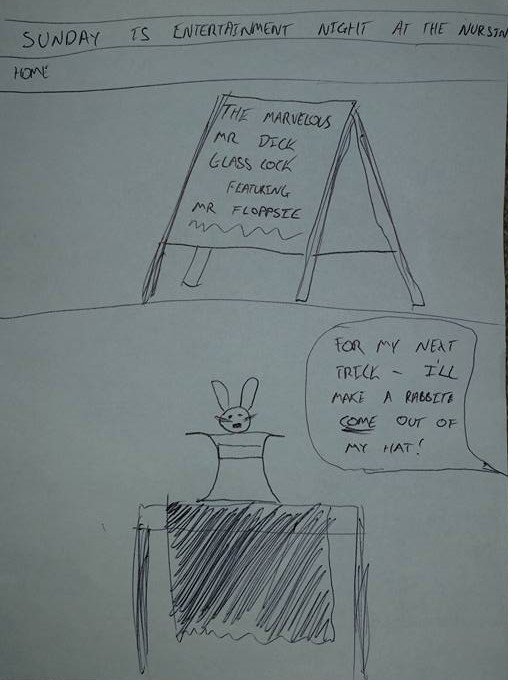 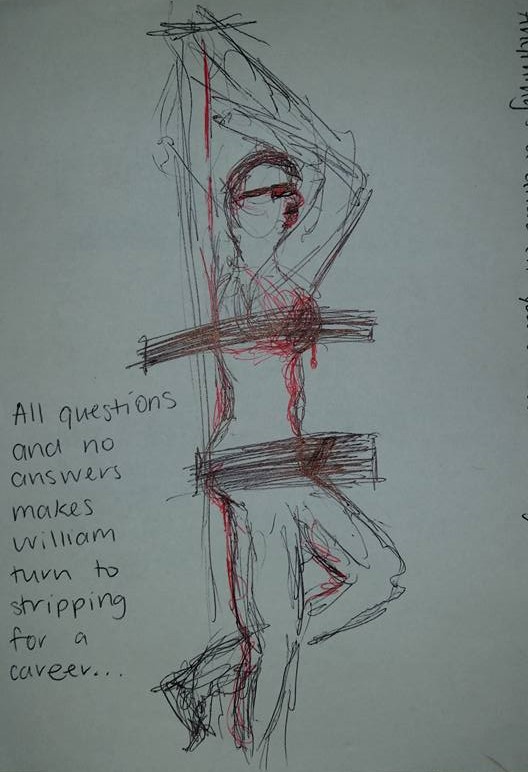 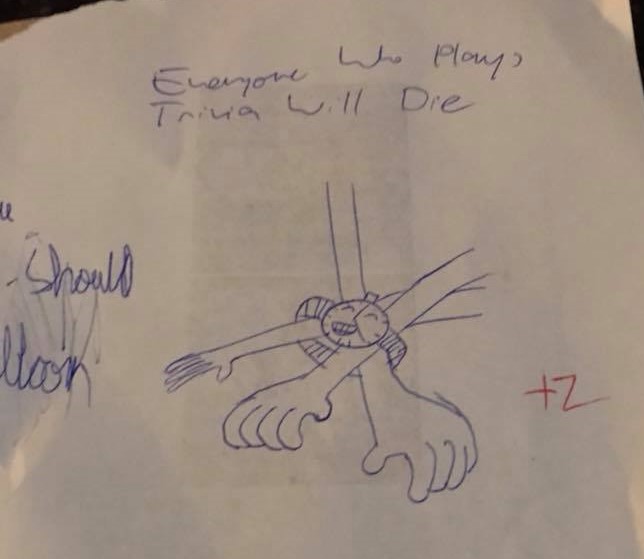 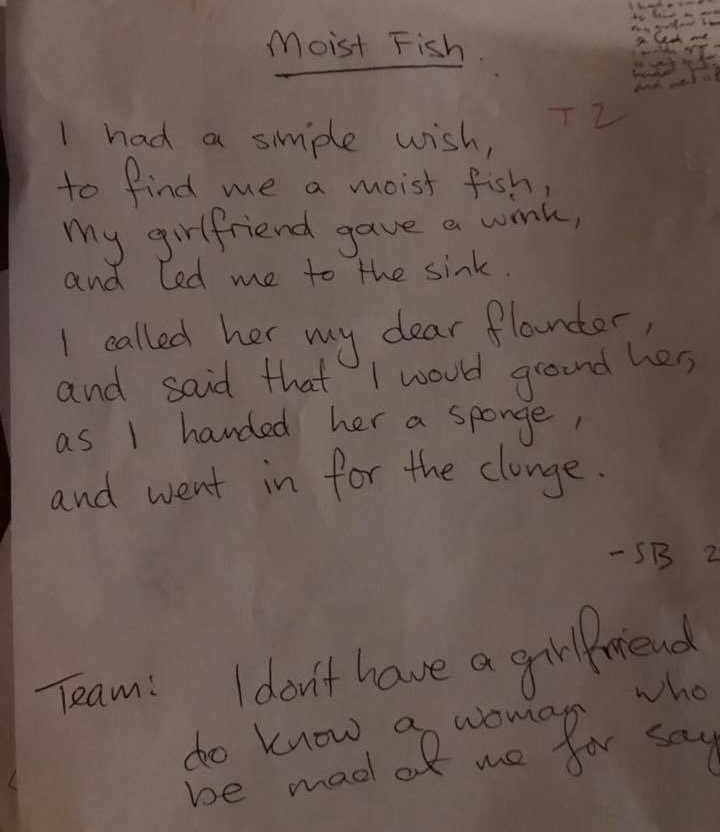 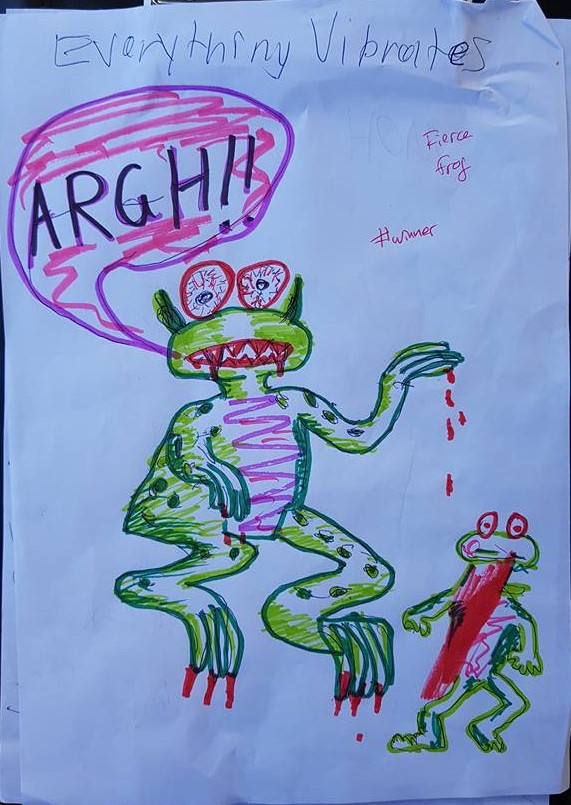 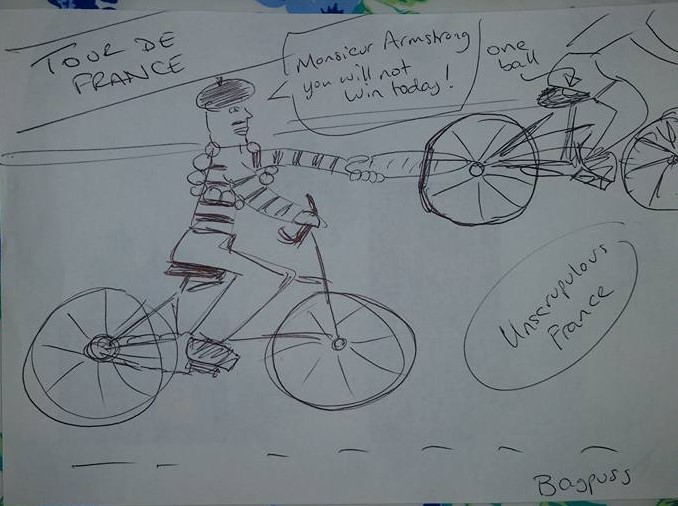 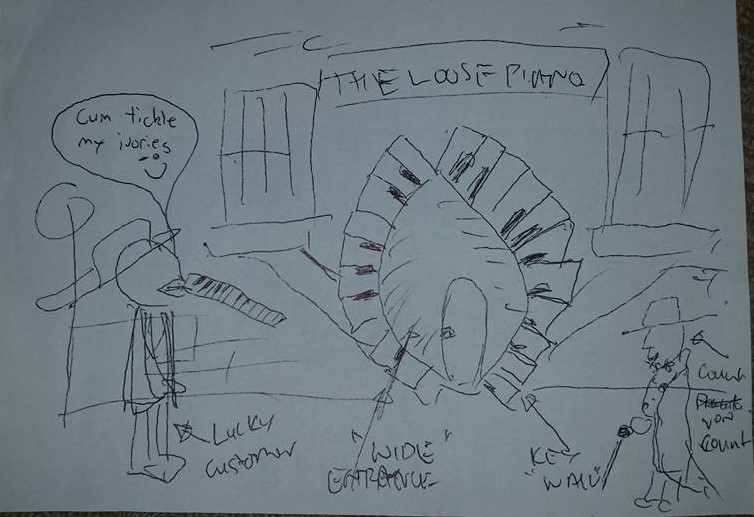 When they couldn’t think of the title of the film Role Models, one team gave us a surprisingly detailed description of the plot.

Two Jewish players were filled with self-loathing when they couldn’t remember kvetch as a Yiddish word for habitual complaining.

One of our players proudly proclaimed “finally being from Adelaide is paying off!”

And our favourite wrong answers of the week was one of our players being asked in a lightning round what MSG stood for, and took a chance with Mono Saturated Goodness.