iqtriviaPosted on August 31, 2019 Posted in Uncategorized 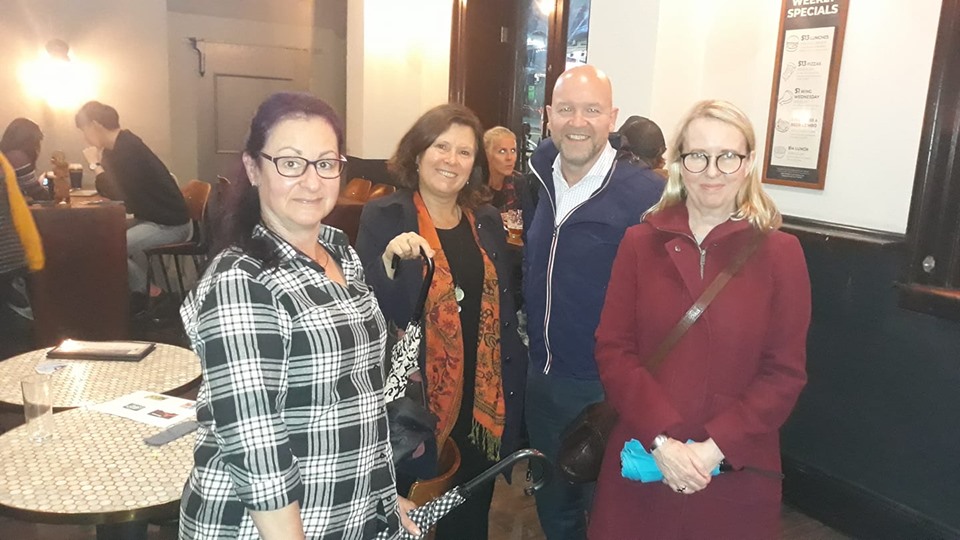 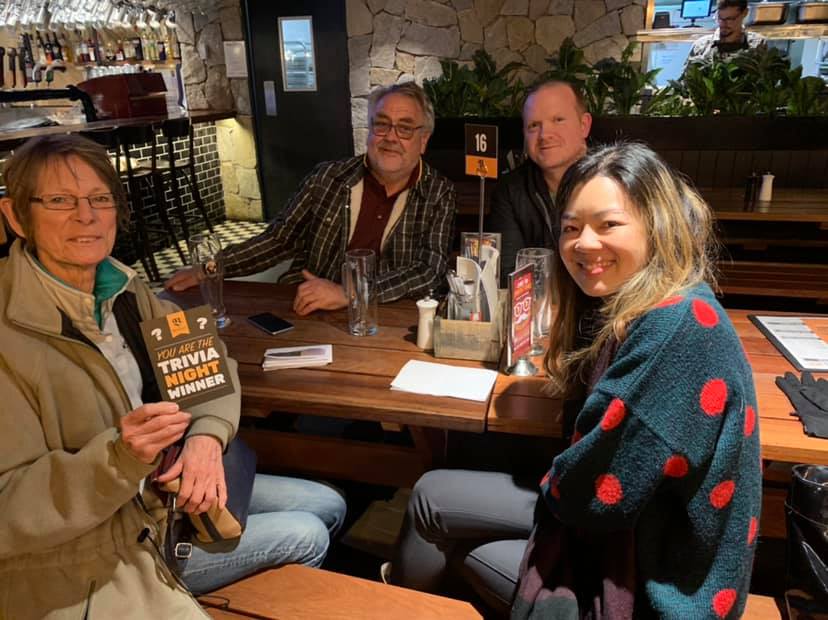 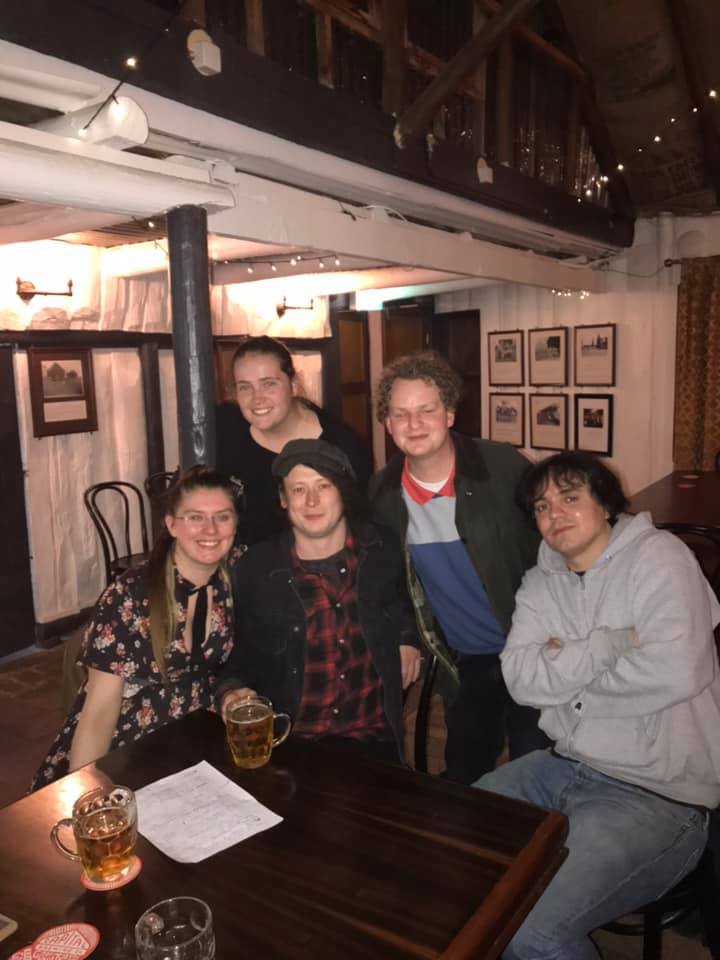 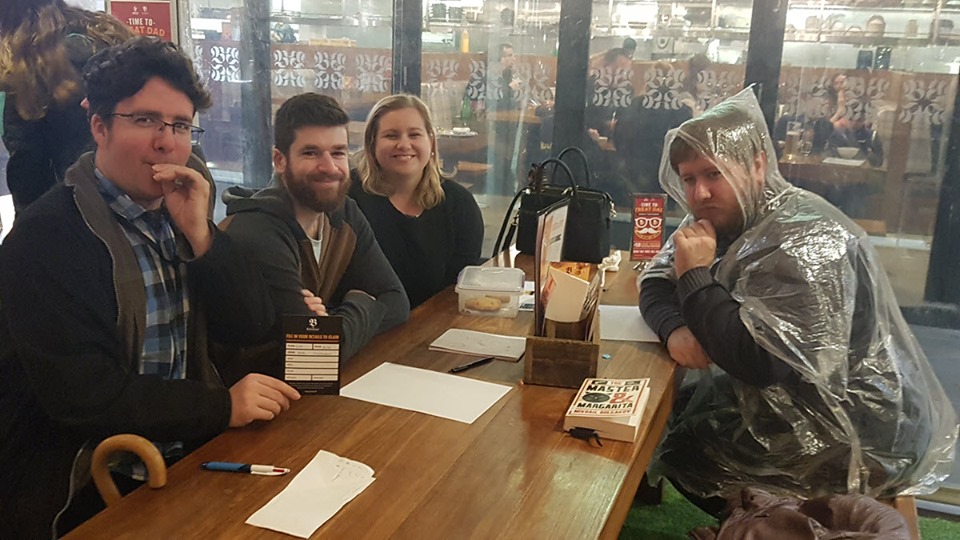 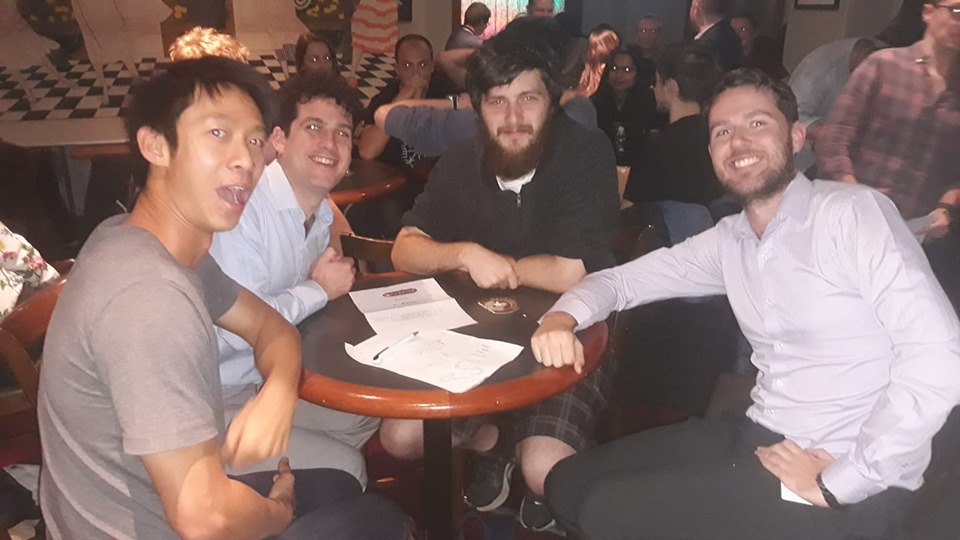 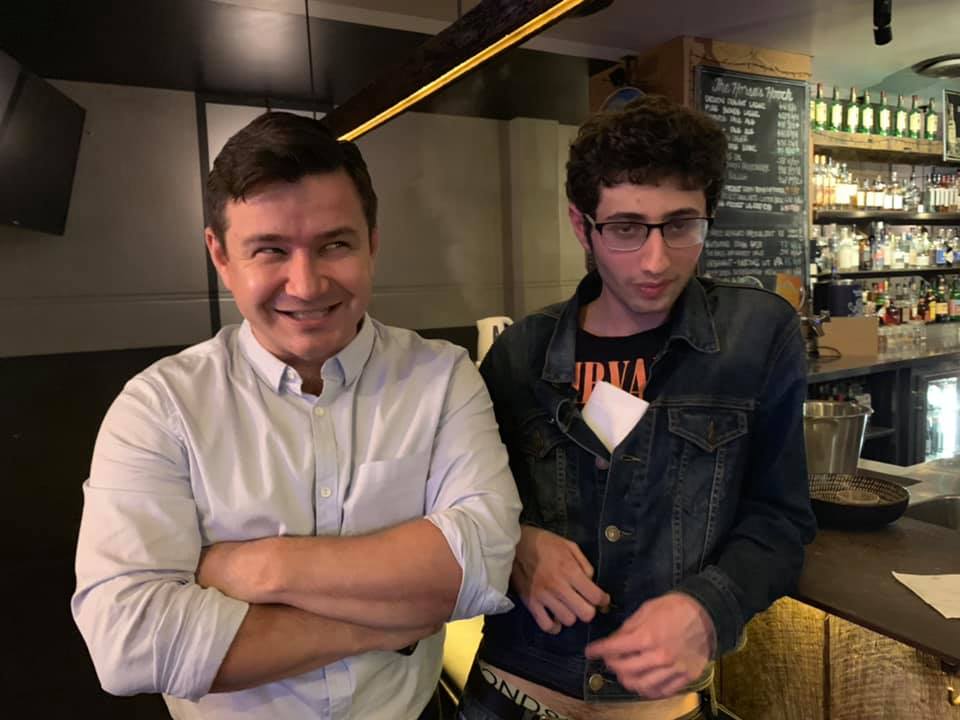 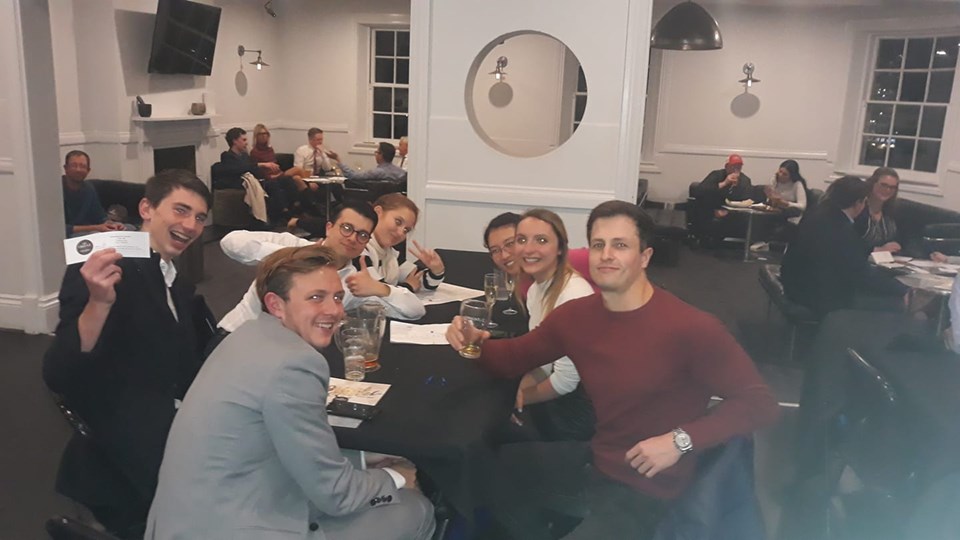 It was a pretty good week for jackpots. 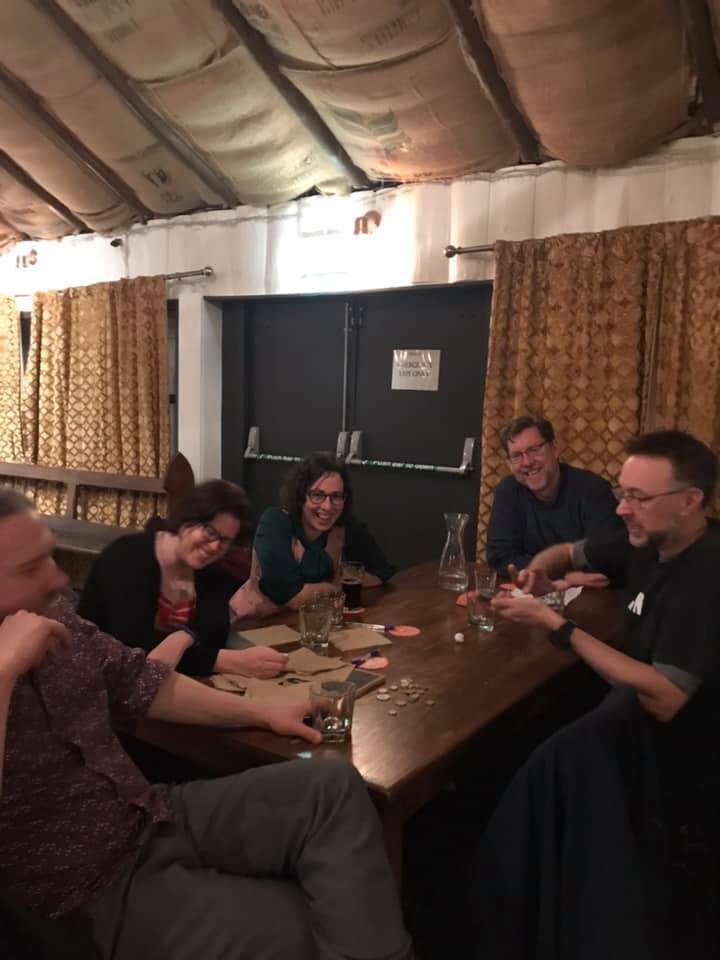 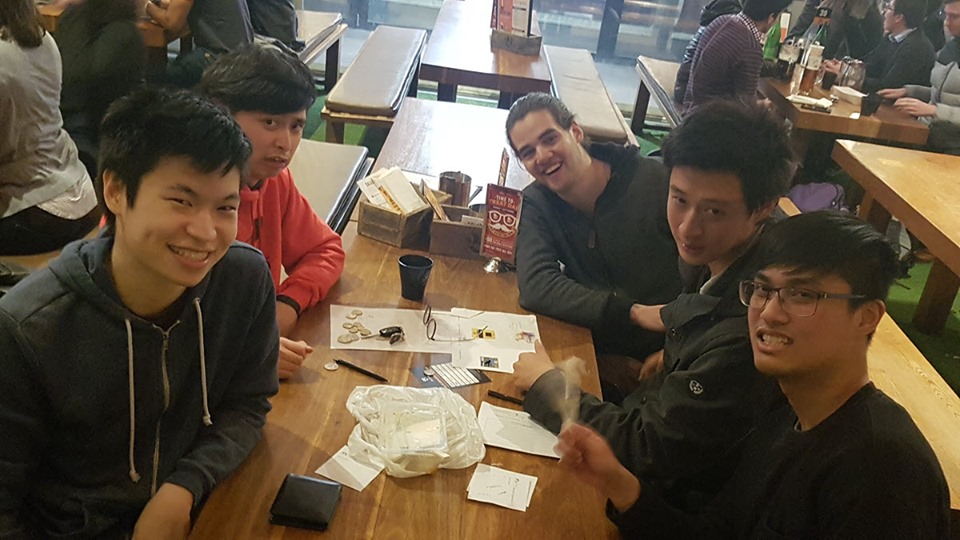 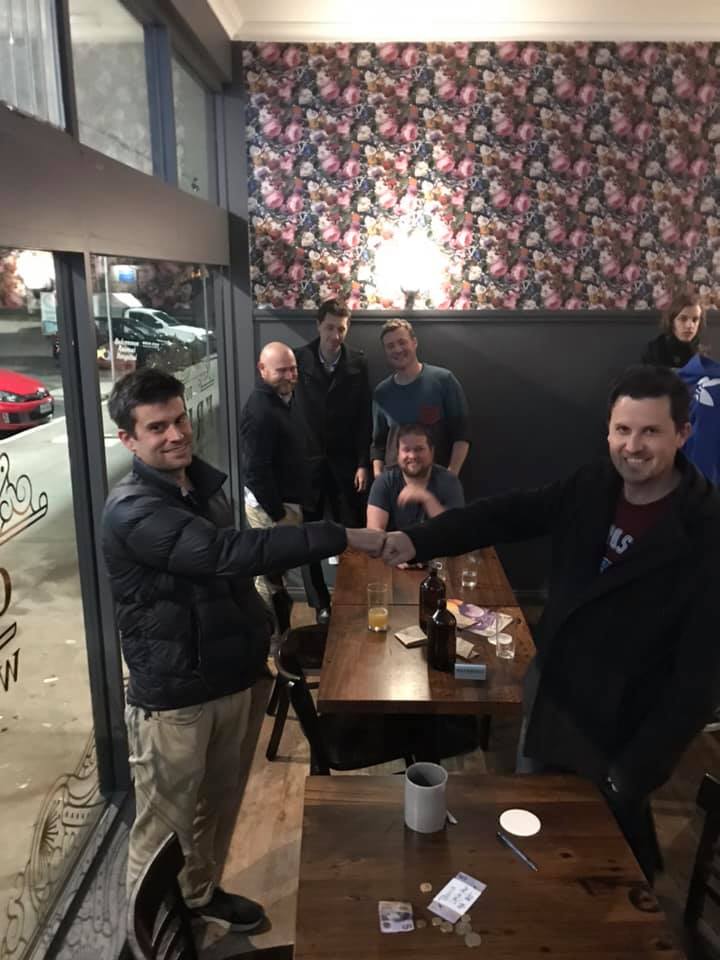 And we would have given away another, except that the only team who knew the answer had chosen not to play in the jackpot round. You’ve got to be in it to win it people!

You’re pretty dumb, if the injuries you’ve suffered are anything to go by.

I broke a bone in my foot trying to do a forward roll while choreographing a dance routine to Feel Good Inc by Gorillaz.

Doing yoga under a ceiling fan

Bumped my head on a “watch your head” sign

I dabbed so hard my shoulder popped out

Severed my tongue on a trampoline

Run over by an ambulance

I got a paper cut on my butt

Splitting your head while opening an umbrella

Tried to suck my own dick, got a hernia

I sneezed and gave myself a black eye

I got a black eye from brushing my teeth

While camping, we filled a bucket with seawater for drinking

Deep Heat is not lube 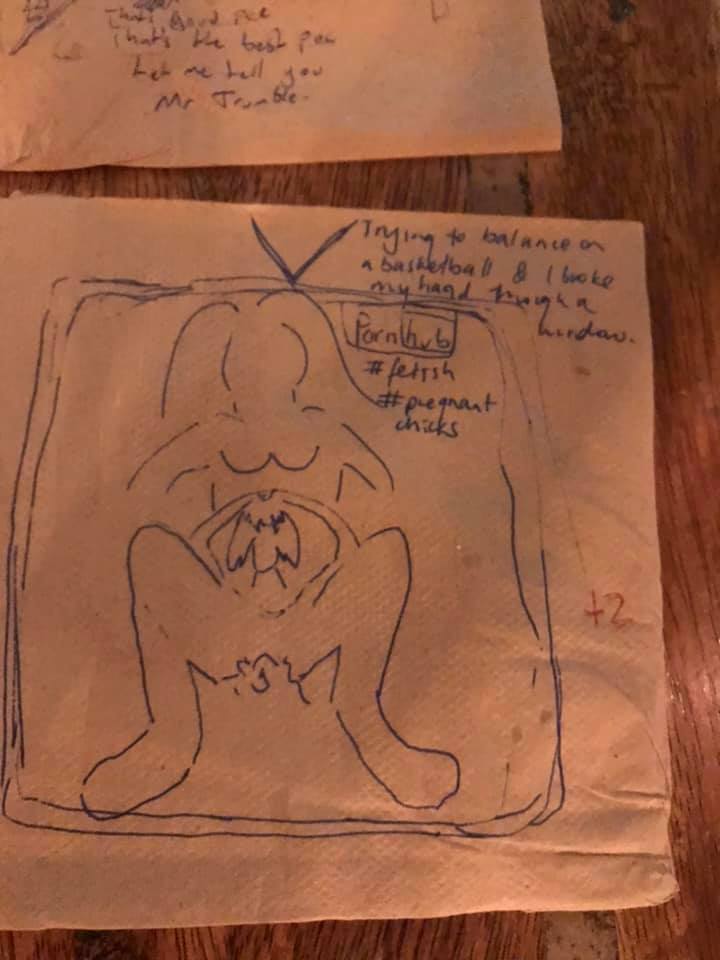 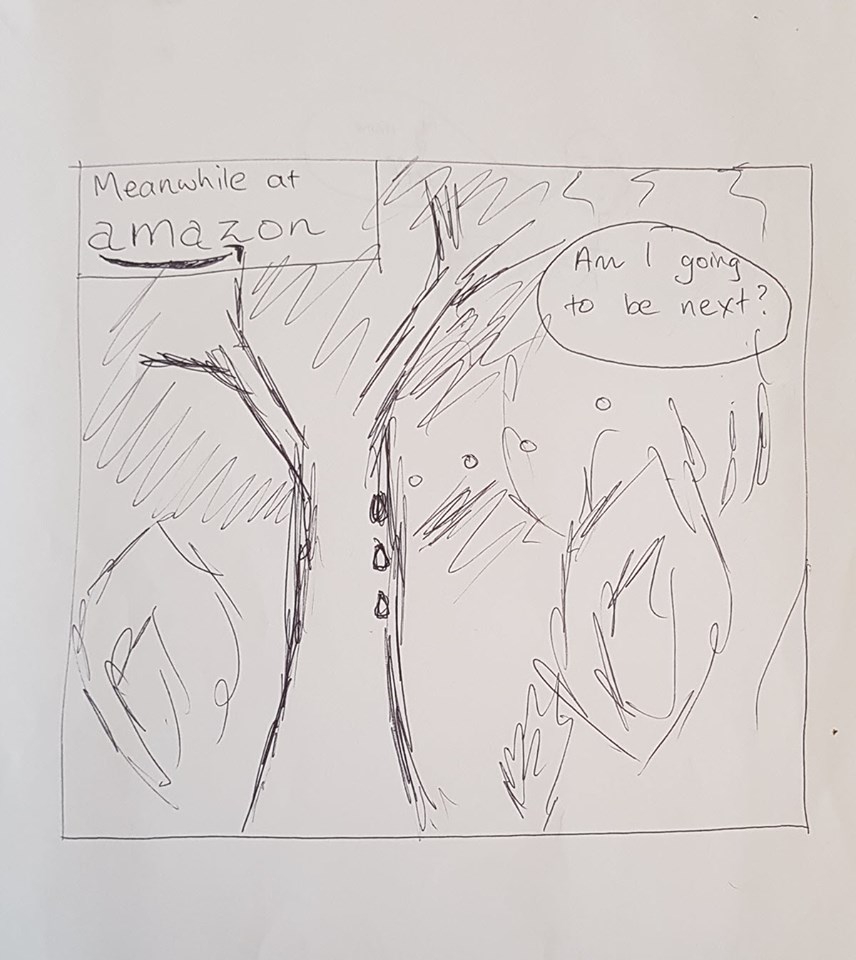 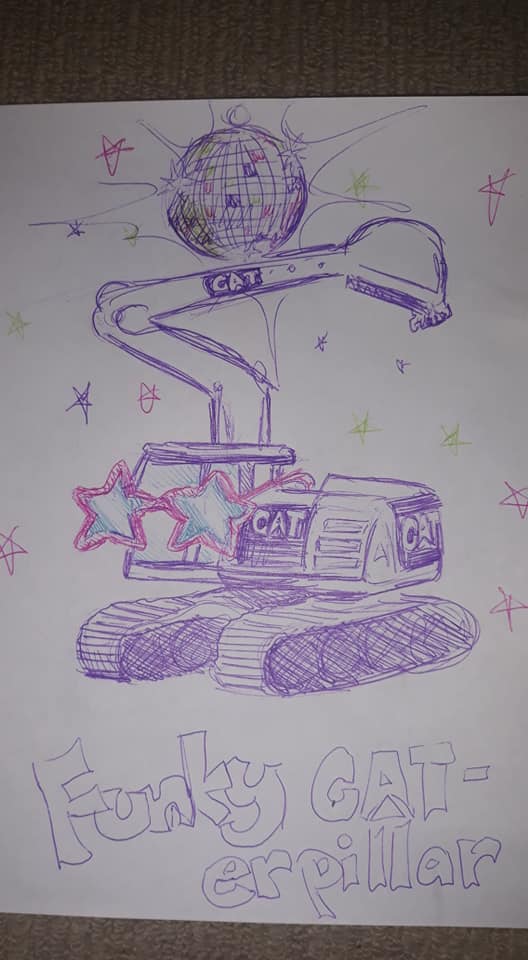 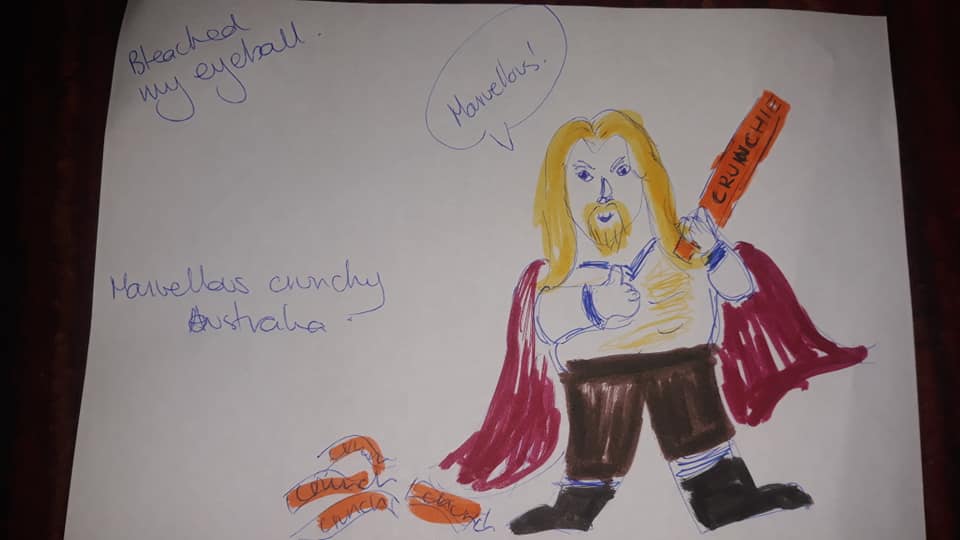 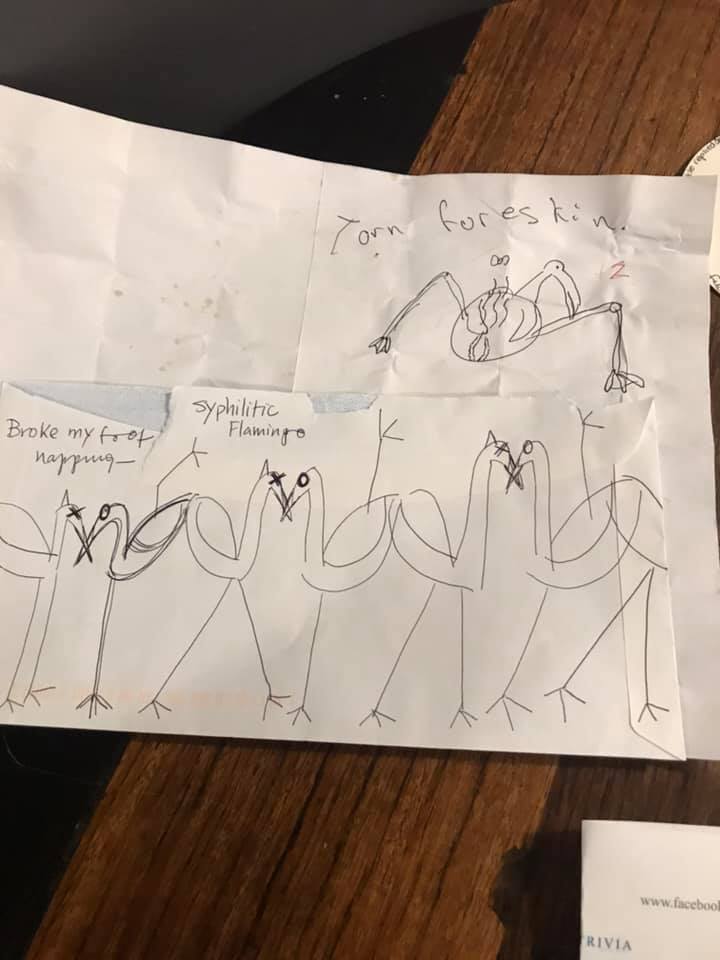 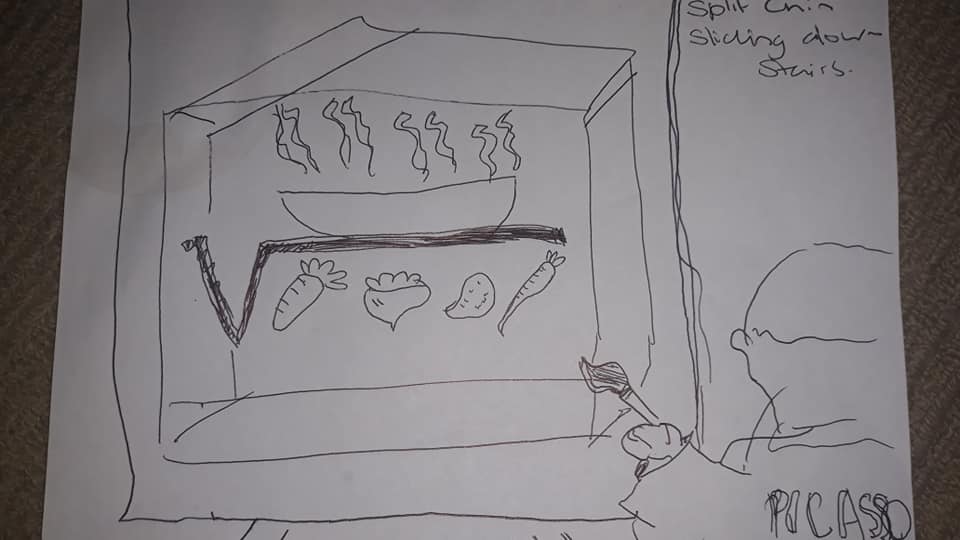 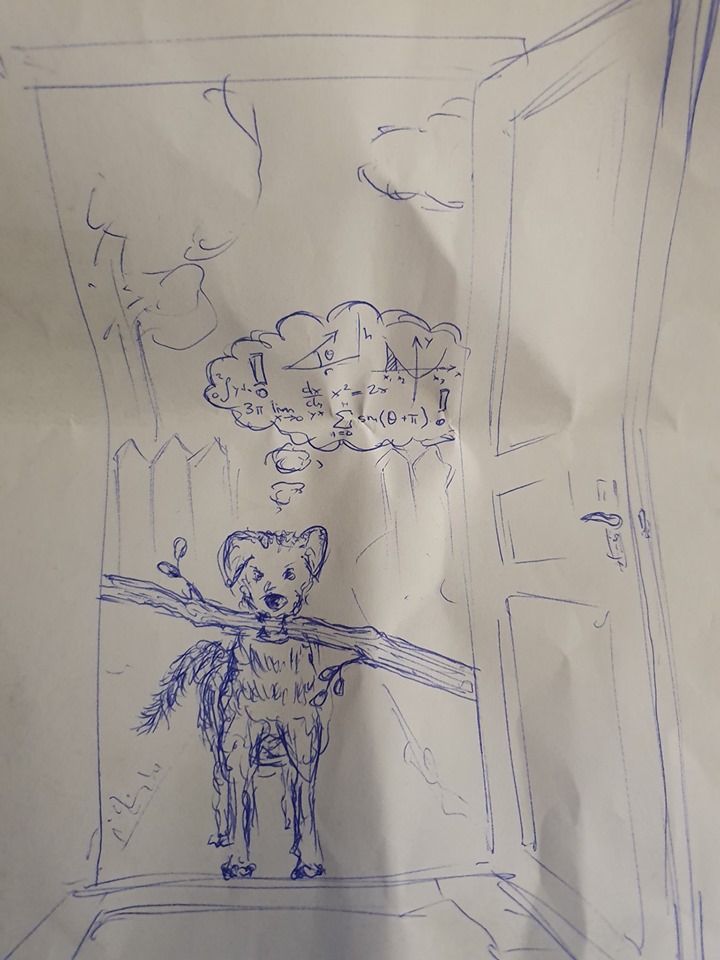 A map of South East Asia looked suspiciously like a dong.

When we asked about the injury that kept Steve Smith out of the Ashes, someone pointed out, rather cleverly, that the ball had tampered with him.

We asked about the song lyric “how many roads must a man walk down before you call him a man” and one team answered that it was sung by “Jenny in Forrest Gump” which is not technically wrong.

When trying to think of European cities beginning with H, one team but Helsinki… and then said Helsinki again. Either because they thought it was so big it had to be mentioned twice, or they thought there were two cities called Helsinki in Europe.

Apparently the famous line “when the moon hits your eye like a big pizza pie that’s amore” was performed by the Super Mario Brothers and not Dean Martin.

And on a question on whether men or women have colder hands, one team answered the question and explained why, perfectly anticipating the fact that we would be asking a follow up question on why in the second half.