iqtriviaPosted on October 8, 2016 Posted in Uncategorized

It was another week filled with friendly arguments, clever answers, witty team names, and interesting (and occasionally disturbing) art at iQ Trivia.

Given the task of giving a movie depression, you didn’t disappoint.

Harry Potter and the Dead Parents

The Good, the Sad, and the Ugly

Journey to the Centre of my Anxiety

And one team came up with no less than 26 options, including Forrest Grump, Casableaka, The Mourn Identity, Weep Impact, 12 Anguished Men, Citizen Pain, Alice in Woefuland, The Dismal Dozen, The Full Mopey, Belittlejuice, Dawn of the Dread, and A Nightmare on Overwhelmed Street.

The Filipino guys who couldn’t remember that the Philippines is a large country without land borders.

The team who were asked about the Vice President from November 1963 to January 1965 and left it blank, but later argued that they did so intentionally because there was no Vice President.  (Note: Being a smartass often pays off at iQ Trivia.) 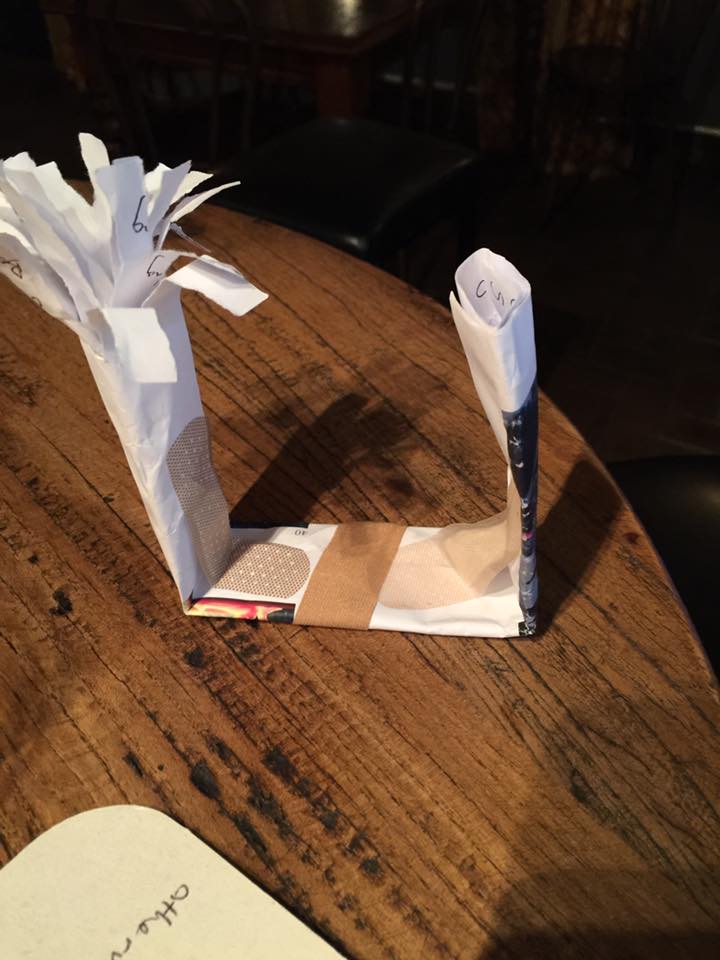 A U shaped tube with punk hair and bandaids from being so rambunctious. 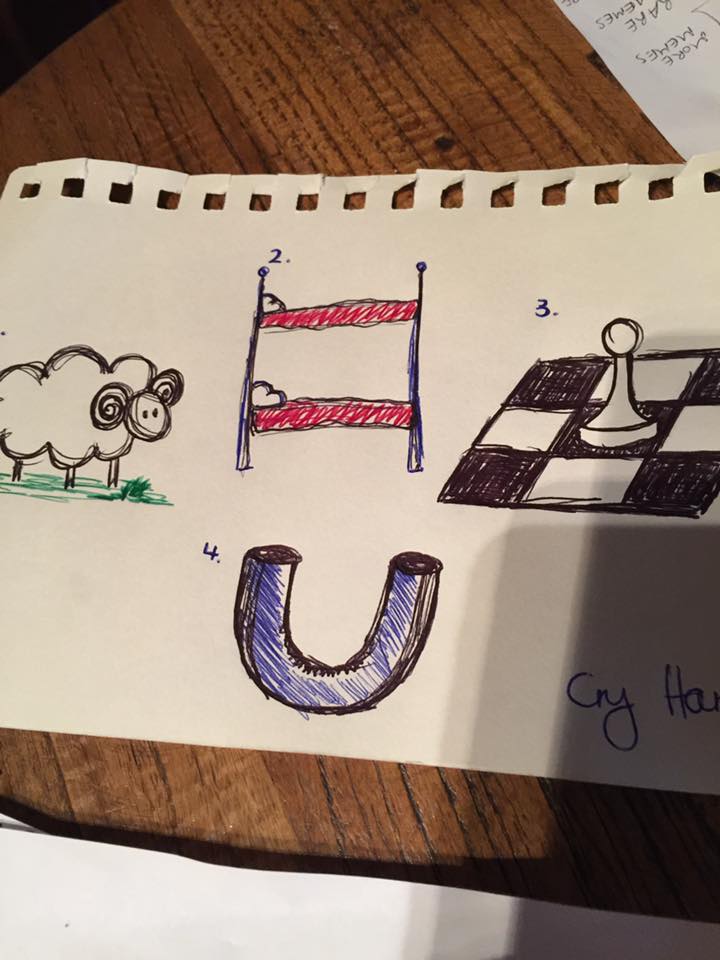 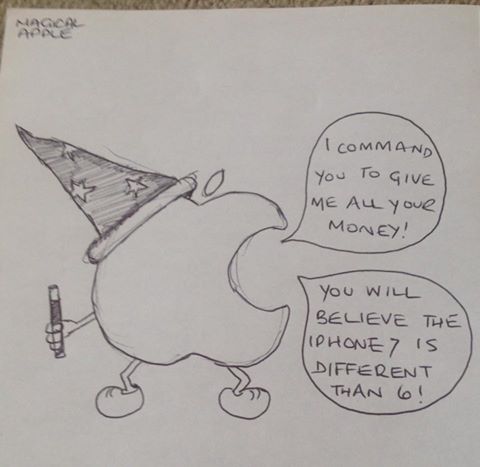 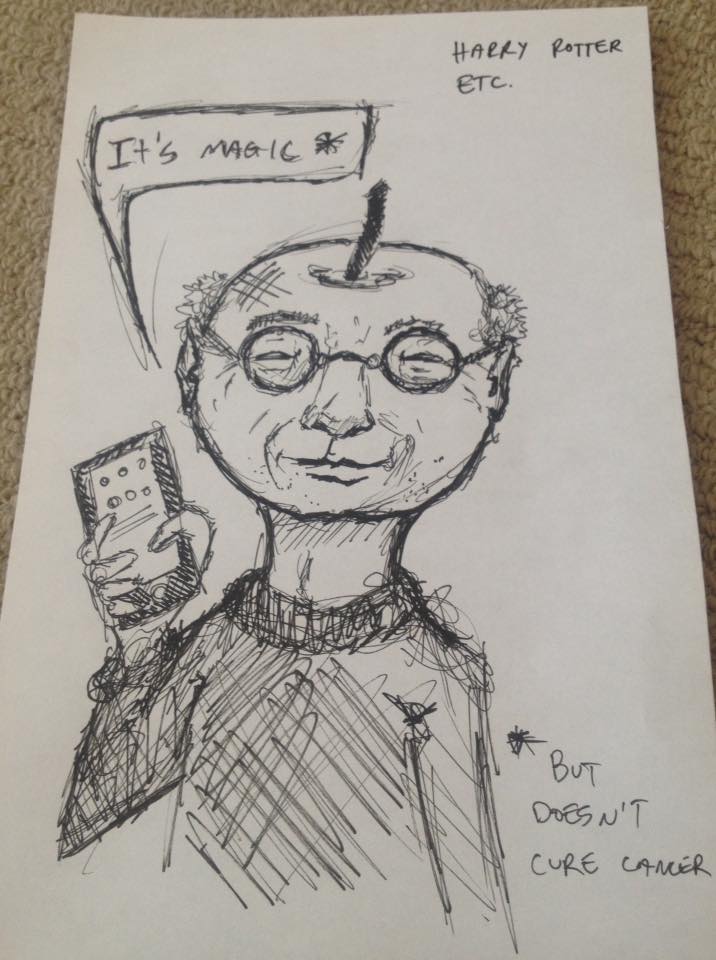 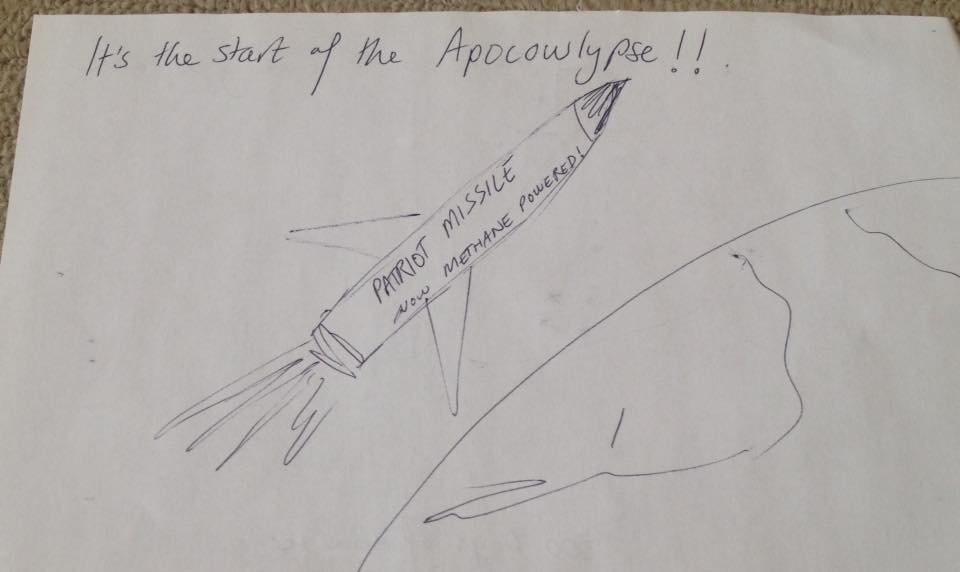 ApoCOWlypse.  Nice use of puns. 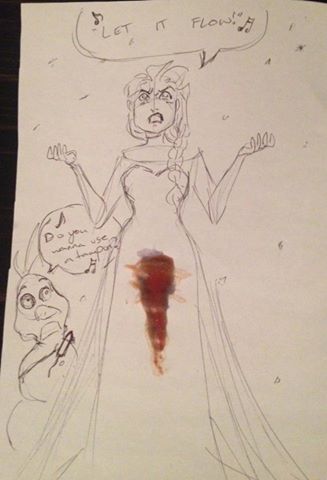 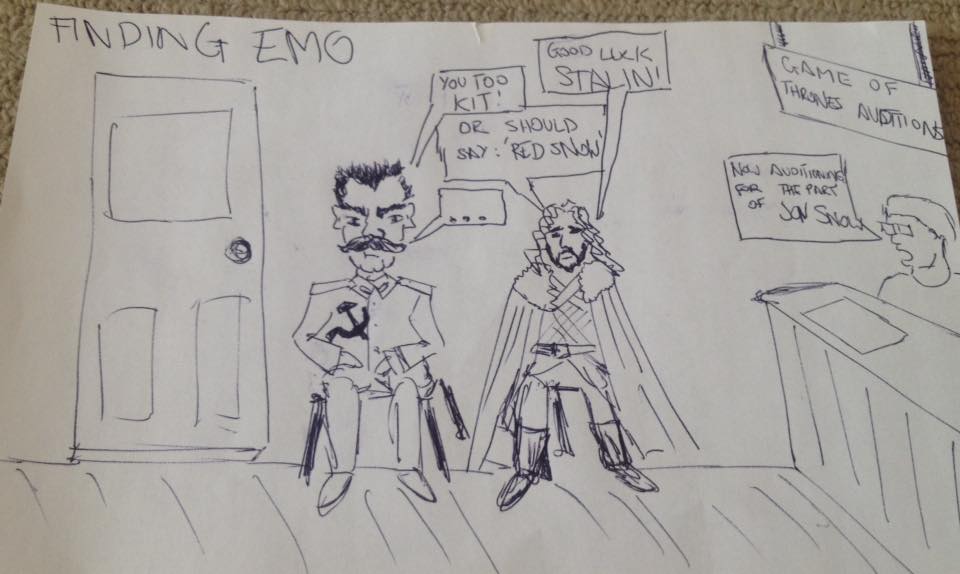 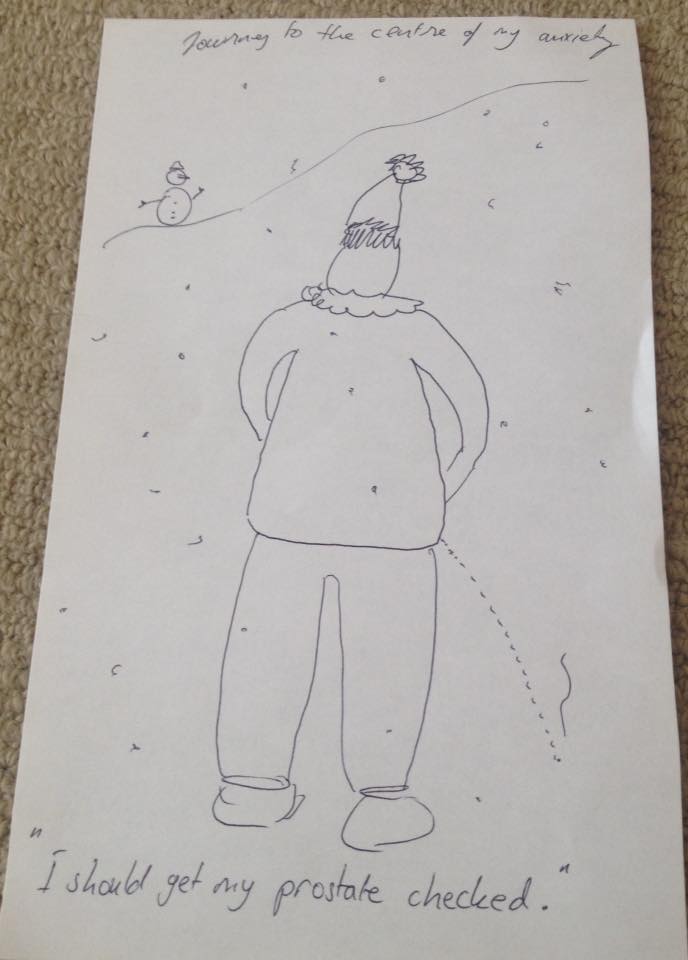 It’s nice when there’s an important health message in TriviArt. 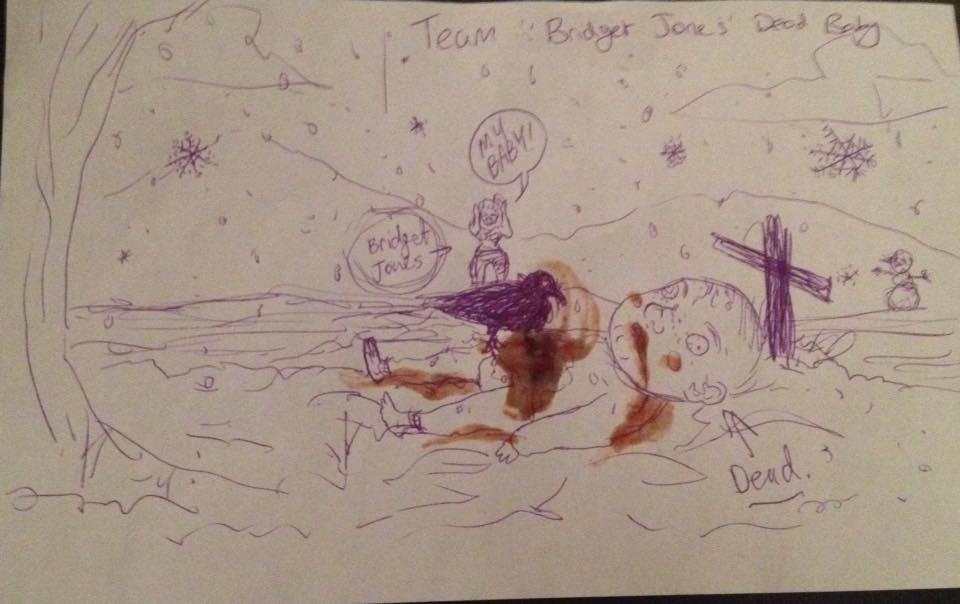 Graphic depictions of dead babies.  Dude… are you ok? 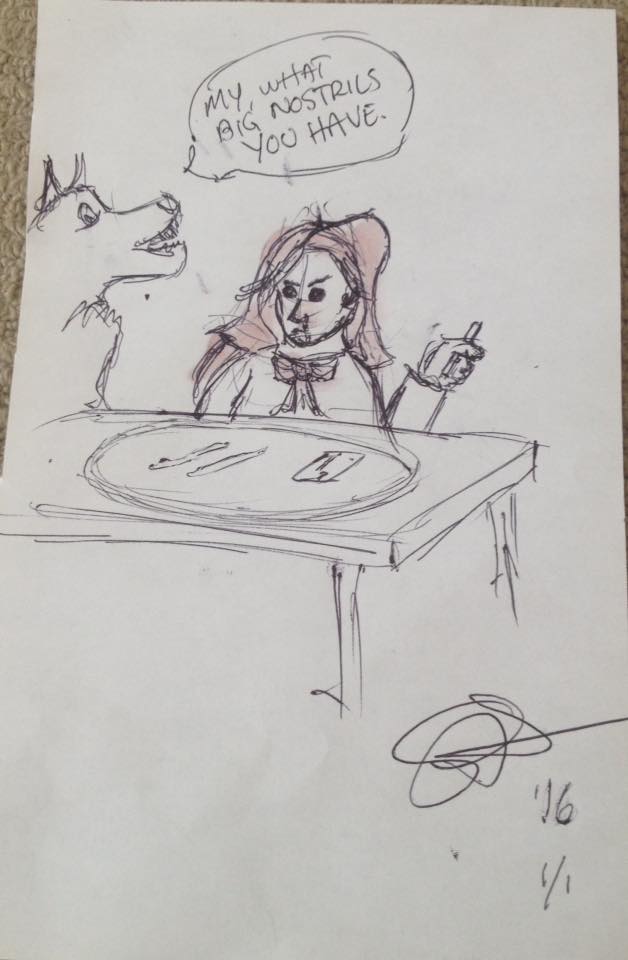 It took us a second to get the drug reference.

And finally, congratulations to 500 Days of Winter for winning a jackpot for knowing more about Australian Housing Statistics than anyone this Wednesday at The Oxford. 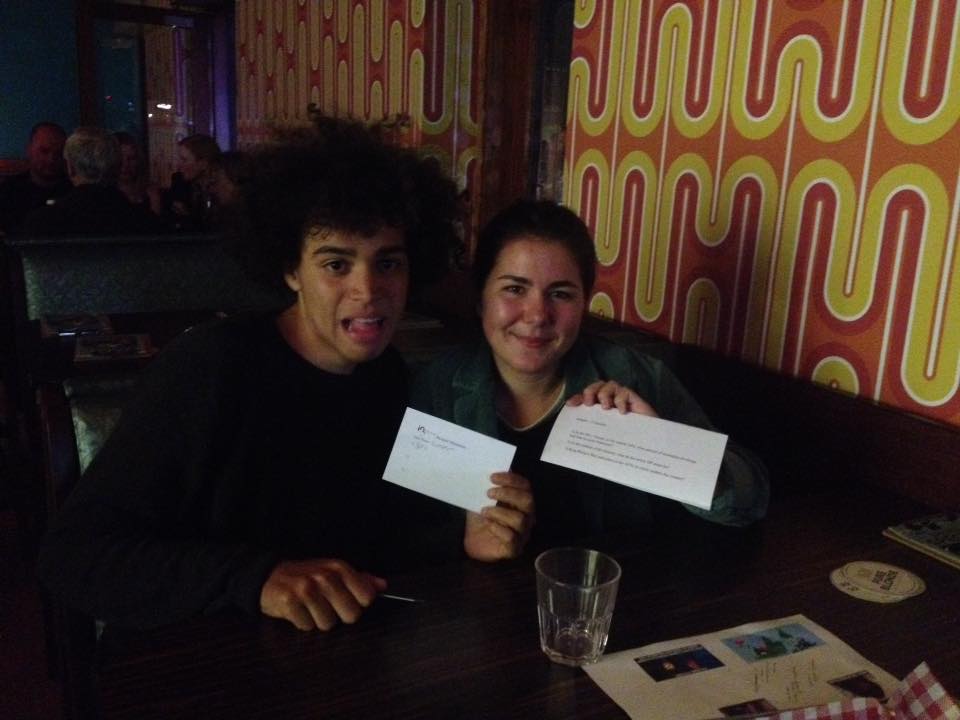